Wow, a busy week for Facebook – here’s a roundup of recent Facebook updates and changes you may want to know about:

1. 10 Facebook Ad Examples – How to Create Effective Ads via FitSmallBusiness.com

There are many ways to create effective Facebook ads. What works for your business will depend on your audience and goals. To get ideas, it can be very helpful to see what other companies have done. Some choose to speak to their target audience, others create short videos, write catchy headlines or instill a sense of urgency. Check out these examples for inspiration.

2. 32 Brilliant Email Marketing Examples to Inspire You via Sumo.com

More inspiration! But this time for your email campaigns. This post has beautiful examples of calls-to-action, welcome series, personalization and more. Bookmark it so you can go back to it when your creativity needs a boost.

Ever wish you could grow your business like Facebook? There are four core principles that have been the foundation for its success. Check out this article by my friend Dave Kerpen who summarizes the powerful principles as described in Mike Hoefflinger’s new book, BECOMING FACEBOOK: The 10 Challenges That Defined the Company That’s Disrupting the World. As a computer engineer turned marketing innovator who worked with Facebook’s COO Sheryl Sandberg, Hoefflinger had a front-row seat to the company’s growing pains, stumbles, and reinventions.

My friends at Unbounce (landing page creation software) recently held their 2-day Call To Action conference in Vancouver, BC, Canada. I was thrilled to be one of the keynote speakers, and now Unbounce has generously published VIDEOS of all the top speaker sessions on a free web page. Help yourself and enjoy! Catch my session here: Winning Facebook Advertising Strategies: 5 Powerful Ways To Leverage Your Results & ROI 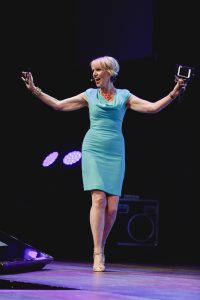 That’s a wrap for this issue of The Social Scoop. I hope you have an amazing rest of your week and I look forward to connecting again very soon. 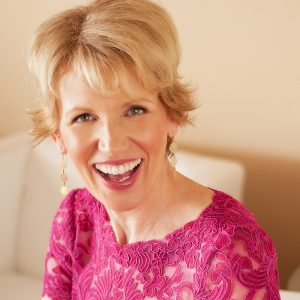 From my brand new photo shoot! 🙂 I was delighted to get almost four years’ use out of my last professional photo shoot by the same photographer… and now I’m thrilled to update with my new shorter haircut, hehee! 😉