Should businesses abandon Facebook and use other social media platforms instead? One of my audience members asked this very question on a recent Facebook Live broadcast on my Page. My answer is, absolutely not! For SAVVY MARKETERS it is “Business as usual.” You are foolish if you abandon Facebook right now.

Granted, if you are a personal user only, and Facebook no longer floats your boat, then sure go for it — delete your account.

BUT, if you manage a business Page on Facebook, you still have *the* most granular ad targeting parameters available to you and the ability to reach the largest online audience ever.

As much as Facebook has had a ton of challenging media attention in the past few weeks—primarily due to the Cambridge Analytica data breach debacle—there is simply NO solid reason for businesses to abandon Facebook right now. As for the impact of Mark Zuckerberg testifying before Congress this week, well, it remains to be seen what will happen from here.

I was honored to be a featured guest expert on BBC Newsnight. As a Brit, (I’m a Canadian-born Scot, lived in Edinburgh for 20 years before emigrating to the US in 1999), I’ve been particularly impressed by the leadership of The Guardian and other British media outlets in bringing Facebook’s faux pas to light.

Legislators came across “as clueless about how Facebook works” says @MariSmith #newsnight pic.twitter.com/kTqenD8Amt

Here’s my ‘soap box’ #MariRant message about not abandoning Facebook!

The above video is a five minute excerpt of this longer Facebook Live broadcast I did on April 4th, reviewing many important updates that Facebook rolled out:

In the past few weeks, Facebook has been pushing out update after update in a concerted effort to  the build up to Mark Zuckerberg’s appearance before Congress this week. Following is a list of the most pertinent changes that impact business users in particular:

1. Removal of Partner Categories in ad targeting (over the next six months)

This move will certainly impact advertisers. However, it’s time to dig in and get more creative with your own uploaded Custom Audiences, and test various other targeting parameters, along with Website Custom Audiences using the Facebook Pixel. Meantime, so long as you have access to Partner Categories, this is a good time to keep going with your Facebook ad campaigns, test and iterate and build Custom and Lookalike Audiences for future use.

Facebook is working on a certification tool that will demand marketers guarantee that email addresses used for ad targeting were rightfully attained. The tool will aim to safeguard against advertisers misusing user data in uploaded lists for ad targeting.

The tool is still in development and it’s not clear exactly what the ‘certification’ process will entail. Other than checking a box? Hm. Perhaps advertisers will have to show proof of where and how they obtained the email addresses, e.g. the URL of the landing page with the opt-in form, or the Messenger Bot, along with which CRM system the business uses.

Custom Audiences are created using customer information that advertisers upload—such as a list of opt-in email subscribers, phone numbers or addresses—or website visitors based on the Facebook pixel.

Potential Reach numbers will not be provided in any campaign set up that uses Custom Audiences, including to build lookalike audiences from an uploaded list, until a fix has been developed. Let’s hope that’s fairly soon! Nonetheless, you can certainly still run your ad campaigns without the reach estimates.

Every advertiser on Facebook that wants to run political or issue ads will need to be verified by confirming their identity and location.

Political/issue ads will be labeled and will clearly show who paid for the ad.

Plus, for political ads in the US, you’ll be able to search an archive that shows how much the advertiser spent, the types of people who saw the ads, and the number of times the ad was seen.

Facebook is also going to require people who manage large pages to be verified as well. Zuck states, “This will make it much harder for people to run pages using fake accounts, or to grow virally and spread misinformation or divisive content that way.”

For more on #5 and 6 above, see Zuck’s full statement made last Friday. Sheryl Sandberg, Facebook’s COO, made a very similar statement with slightly different wording.

What to do now

Many of these changes will have some impact on business Page owners and Facebook advertisers. However, each of the changes is specifically to address protecting user data.
Over time, it’s likely Facebook will make some adjustments to these changes. We’ll see.
Meantime, as I mentioned at the top of this article, it’s “Business as usual.”

Got questions? Message me. 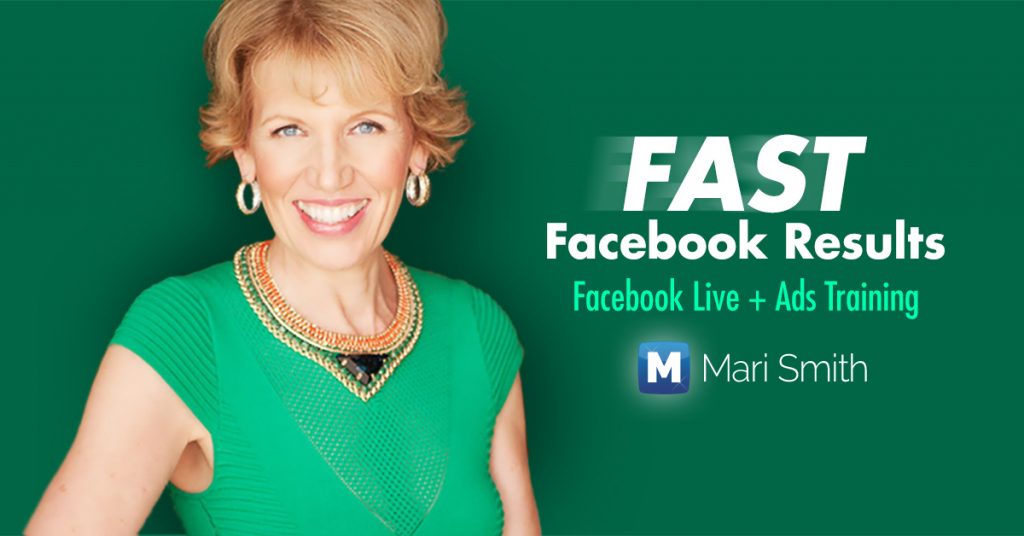 The header image for this blog post is a photo taken at Facebook’s European Headquarters in Dublin, Ireland in April 2017 when I was there to keynote a conference. I also took this photo below of the signs on the wall…

“Move fast and break things” is still on the walls in Facebook’s Ireland offices!

“What would you do if you weren’t afraid?”

“Proceed and be bold”

“Done is better than perfect” [note to self, Mari, ha!]