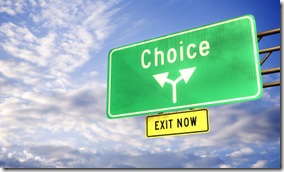 Each year, I choose a one-word theme that acts as a guide in all my major decisions and shapes my entire year.

I start thinking about the theme around the beginning of December and simply set the intention that the essence of the word will come to me strongly and clearly at the right time to serve my highest good and the good of those I serve.

In 2008, my one word theme was FOCUS – which I like to make into an acronym for “Follow One Course Until Successful.” Focus certainly paid off in 2008; it was my most successful year up to that point.

In 2009, my one word theme was INFLUENCE – I would ask myself consciously and subconsciously, “Who and what am I allowing to influence me?“ 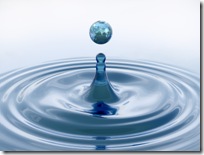 When I wrote this post on December 29, 2008 about choosing Influence for 2009, little did I know then how much my choice would impact my year both personally and professionally!

2009 far exceeded my business and finance goals with an abundance of national and international speaking engagements, lucrative joint ventures, celebrity clients, meeting Richard Branson and the Dalai Lama, the successful launch of my first social media certification course, Mentor With Mari, the co-creation of the International Social Media Association. all topped off with an invitation to attend the 52nd Grammy Awards and walk the red carpet!

In 2009 in my personal life, I chose to stop traveling the country in a motorhome and transition out of my eight-year marriage, as I shared in this post. I couldn’t have imagined sharing such an intimate experience so publicly before social media. Yet, the process was profound for both me and my community. 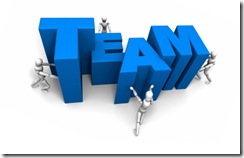 Now, as we celebrate the completion of 2009 and dance into 2010, my resounding one-word theme is TEAM! This word came to me as I contemplated where I got stuck most this year – where I didn’t allow myself to grow as much as I wanted.

One of my Achilles heels is delegation. I’m blessed to have several skilled team members and to be surrounded by powerful mentors, mastermind partners, coaches and other skilled experts. Yet I allowed myself to get completely stopped or stymied in several areas (like blog development, membership programs, product creation, book writing!) because my calendar got so backed up and I wanted to do so much myself.

Of course, there’s such a thing as balance, right? Whilst my two blogs may have taken a back seat, my Twitter presence, Facebook fan page, professional network and speaking engagements flourished significantly!

You’ve probably heard of the word “TEAM” used as an acronym for “Together Everyone Achieves More” (or Miracles). I like this. though if you have other creative suggestions, I’m open to ideas! 😉