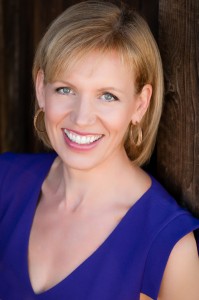 Mari Smith is one of the world’s leading social media thought leaders, widely recognized for her Facebook marketing expertise. She is author of The New Relationship Marketing and coauthor of Facebook Marketing: An Hour A Day.

Fast Company described Mari as, “A veritable engine of personal branding, a relationship marketing whiz and the Pied Piper of the Online World.” Forbes named Mari as one of the top ten Social Media Influencers three years in a row, and Dun & Bradstreet Credibility named Mari one of the top ten Most Influential Small Business People on Twitter.

Mari Smith’s background includes over twelve years in the fields of relationships, marketing and Internet technology. As a passionate social media leader since 2007, Mari travels the United States and internationally to provide engaging social media keynotes and in-depth training to entrepreneurs and corporations.

Mari Smith and her team have mentored countless social media departments and individual social media professionals in a variety of specializations. Tens of thousands have gone through the ‘Mari Smith’ intense social media training over the past several years.

With her popular blog at MariSmith.com, and her large, loyal following on Facebook, Twitter, LinkedIn, and Google Plus, Mari is considered one of the top resources and thought leaders in the world of marketing. She regularly appears in media locally and nationally in publications such as The New York Times, The Wall Street Journal, Inc., Forbes, Fortune, Chicago Tribune, and Success Magazine.

On a personal note, Mari is Scottish-Canadian; she was born in Ontario, Canada, then lived in Scotland for two decades before moving to San Diego, California in 1999.

If you’d like to hire Mari to provide social media marketing consulting and training for your business and/or to speak at your next event, please visit this page.

Mari feels blessed to work with a wonderful team of local and global professionals. Meet the team here.

Scroll To Top
We use cookies to ensure that we give you the best experience on our website. If you continue to use this site we will assume that you are happy with it.Ok